Places That Hold Us 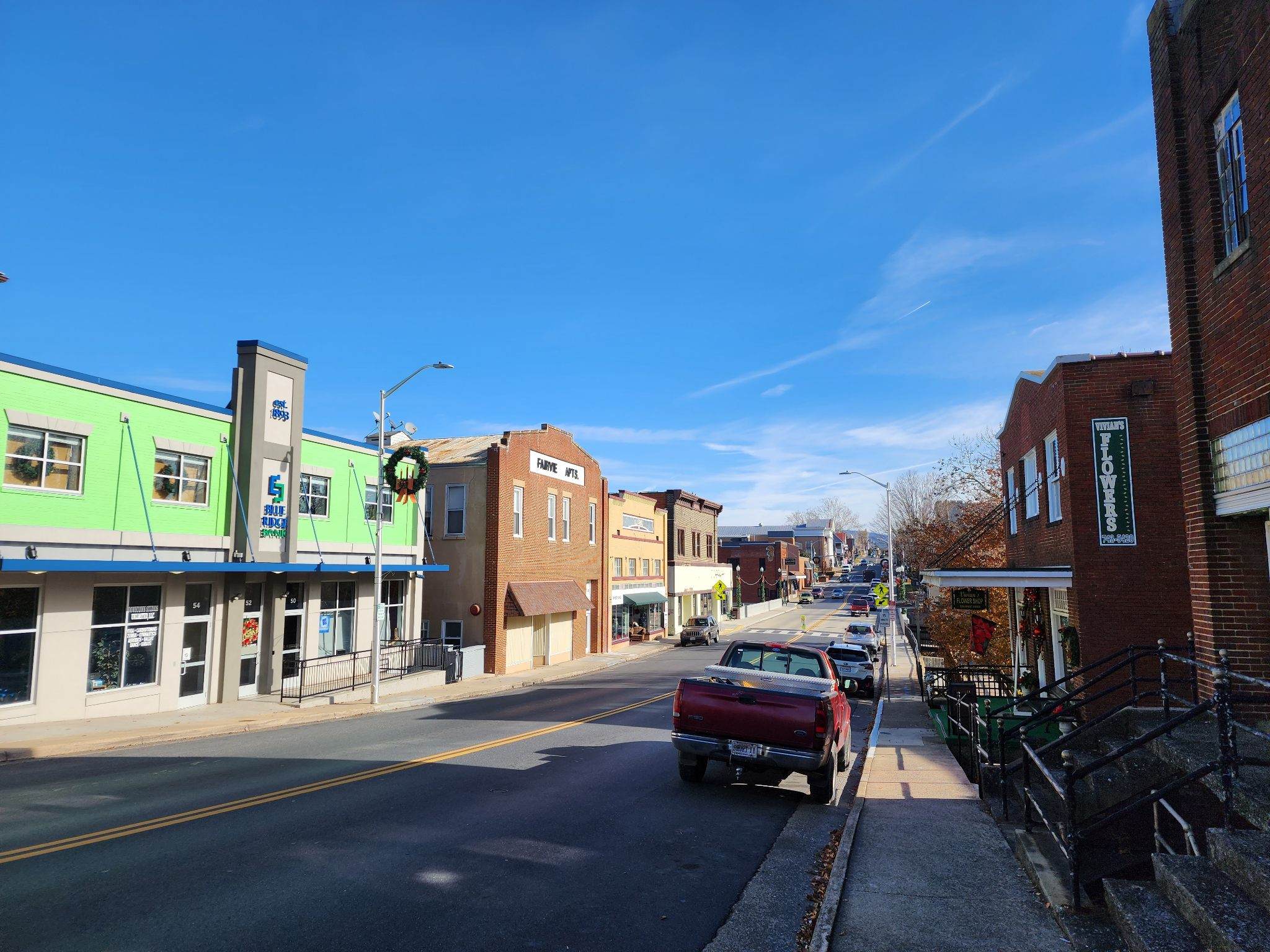 Main Street Luray and site of the old Brown’s Restaurant (fourth building on left, beside the bridge).

When I was a kid there were very few dining options in my small hometown of Luray, Virginia. This was long before we had a Walmart and the variety of fast food options on the western end of town along the bypass. In fact, one could stay on that bypass and not even know the secrets on the business route through a two-mile stretch of town on Main Street.

We had a Kentucky Fried Chicken when you could still say “fried” instead of KFC, and a few doors down to the now-closed Pizza Hut sat the McDonald’s with the early 1980s signature “McDonaldland Playground,” the highly problematic area where kids could play inside the “burger jail” and where my best friend broke her tooth after playing on the shaking metal purple Grimace! After McDonald’s moved to its higher profile location on the bypass, the building was repurposed as a Mexican restaurant, Rancho’s, owned and operated by a local family, where you can find the best white sauce in Virginia. Long before Rancho’s, we had Mindy’s, where I remember first trying Mexican cuisine. And, if families were going through a rough time, Mindy would allow them to barter their payment: enchiladas for local veggies or other homegrown produce or services. There were a few diners and various, unassuming places where regulars gathered—like the little restaurant at the Intown Motel where my Nanny and her friends met every Monday morning for breakfast.

My youth is remembered by these establishments: cramming into a corner booth at McDonald’s after a football game–just like you might see in an old movie about small towns; getting the best greasy cardboard pizza from Betty’s where you could also order a fountain soda and listen to the jukebox; driving the strip on Friday nights from Bo’s Belly Barn on one end of town down to the turnaround spot at the Tastee Freez on the other. Or, on special occasions, driving up on the mountain to Dan’s Steakhouse on the western, Massanutten ridge, or to Big Meadows to the east on the Skyline Drive. These weren’t just restaurants- they were the places that held us. Dan’s with its red-and-white checkered tablecloths where the steaks were served on over- and oval-sized warmed silver plates, barely big enough to contain the massive ribeyes. The same Dan’s where many years later we hosted my parents’ 50th wedding anniversary amidst my father’s cancer diagnosis. Based at the foot of the mountain on the other end of town was Brookside Restaurant. Owned for 15 years by the Wakemans, it was a humble stone structure from the late 1930s that blended into its natural surroundings. Farther up at Big Meadows is where one of my parents’ best friends, Phillip Campbell, worked as a cook and eventually a chef. We still can’t drive on the mountain with my Dad without hearing him reminisce about some crazy tale—no doubt grown taller through memory—of him and Phillip.

And smack dab in the middle of town, like a rare jewel from the Orient, was Brown’s Chinese Restaurant, a family owned establishment that closed several years ago. My family was middle class by Luray standards, but going out to dinner was always something special and there was nothing more special than going to Brown’s. My parents usually shared the chef’s specialty “Rainbow Beef,” and I loved the sweet and sour chicken. My sister and I each ordered wonton soup and shared the egg rolls. There were no city markets or delivery options then. Chinese food wasn’t an afterthought in Luray but rather a cultural experience with food and the Chu family. The owner and chef, Alan Chu, would often come out to say hello, and like most places in Luray, my parents would know everyone in the room. My mother rarely drank alcohol but at Brown’s her drink was served in an exotic green Tiki glass, and my sister and I would argue over who would get the small umbrella on top. I can close my eyes and see the exotic wall art, hear the family members speaking Chinese, and now view the fading paint on its facade with nostalgia.

A couple months ago there was a buzz on Facebook among my Luray friends and family. Brown’s was back–at least by way of a cookbook published by Chef Alan Chu, titled Family Recipes. Its dedication page reads:

To all my Virginia friends & customers, I am forever grateful for all your business & support for 42 years at my Brown’s Chinese & American Restaurants.

The book includes a family history, along with photos, describing a 157 year history of the Chu family in the United States, including Chef Chu’s grandfather’s service in World War II, and how the family’s love of food traveled from China, across the US, and eventually found a home in Luray, Virginia. Recently, my mother gifted me a copy of the cookbook. Since then I have regularly observed Facebook posts with home cooked efforts from the cookbook—like my Mom’s favorite Chung Far Har, tagging Mr. Chu with a note of gratitude. After my own triumphant attempt at sweet and sour chicken, I sent a photo and message to Mr. Chu’s daughter who is a dear childhood friend of mine. She shared that her Dad had no idea how much Brown’s had meant to everyone until people started posting about the cookbook. I’m not sure I realized how much it meant either, but I know that tasting that tangy sweet sauce took me back to my childhood home, to those secrets hiding in plain sight, and to the memories that built my sense of place.